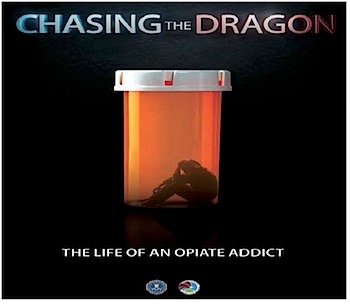 United States Attorney Peter F. Neronha today announced a series of public discussions and town hall meetings to raise awareness about the rising public health crisis in Rhode Island of opioid addiction, and opioid and heroin overdoses. The programs, announced in a release today, will begin on Monday, September 19, 2016, will reinforce the Department of Justice’s three-fold approach to the opioid and heroin epidemic - prevention and awareness; enforcement; and treatment.

Regional town hall meetings and discussions organized in collaboration with Prevention Coalitions from across Rhode Island, and open to the public, will be held in Providence, South Kingstown, Woonsocket and Middletown on Monday, September 19 thru Thursday, September 22, respectively. Each program will include the screening of the powerful documentary Chasing the Dragon: The Life of an Opioid Addict; the personal stories of our neighbors touched by the epidemic of drug overdoses that is devastating families across Rhode Island; and a discussion with members of the medical, treatment, education, community-outreach and law enforcement communities. Parents, students, teachers, school administrators and the public are strongly encouraged to join the discussion at these events.

“We are all aware of the opioid/heroin overdose numbers in Rhode Island and across the country. They are staggering, so staggering that it can sometimes be hard to get a handle on this epidemic's real human cost. But behind each number is a person, a real person, with great potential, and with family and others who love them. Some are gone forever, and others are on a path that may soon take them there” said Neronha. “Heroin and Opioid Awareness Week is about raising awareness about existing treatment that can divert people from that path, and about preventing addiction in the first place. Thanks to the continuing, terrific work of so many, Rhode Island is an opioid/heroin treatment and prevention leader. Hopefully our discussions can contribute to this effort.”

On Monday, September 19, 2016, at 10:00 am, at the Brown University School of Professional Studies, 200 Dyer Street, Providence, United States Attorney Peter F. Neronha, joined by United States Senators Jack Reed and Sheldon Whitehouse, will kick off National Heroin and Opioid Awareness Week in Rhode Island with a screening of the powerful documentary Chasing the Dragon; the personal story of a local person impacted by addiction; and a discussion about heroin and opioid addiction awareness with local physicians, treatment specialists, educators, and the leadership of the FBI, DEA, and local law enforcement.

Town hall meetings and discussion events around Rhode Island will continue on Tuesday, September 20, 2016. Each program will include a screening of Chasing the Dragon, the personal stories of local families and individuals impacted by addiction, and a discussion about heroin and opioid addiction awareness with local physicians, treatment specialists, educators, and the leadership of the FBI, DEA, and local law enforcement.

The schedule for Heroin and Opioid Awareness Week programs in Rhode Island for the week of September 19, 2016, is as follows: 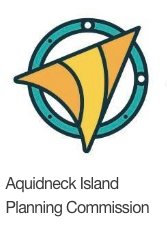 The Aquidneck Island Planning Commission (AIPC) will be holding a public forum on solar energy at the Salve Regina Pell Center at 6pm on September 23. This will be the first in a "Smart Island" series of forums, according to a release from the AIPC.

“This is an important and timely discussion,” said Representative Carson. “The speakers and panelists each bring unique expertise and knowledge for building a cleaner and renewable energy agenda for Aquidneck Island. This smart step can put the three municipalities on the same track towards a future of clean and local energy projects and investments.”

A panel discussion with energy experts and leaders from the private, public, and non-profit sectors will follow the speakers. The evening will end with a discussion about building a clean, sustainable and affordable energy future for the communities of Aquidneck Island and beyond.

“AIPC is really pleased to be able to bring this important event to the Island, and grateful for the support of all our partners,” said Hilary Stevens, Chair of AIPC. “The “Solar and Beyond” forum will build on AIPC’s recent work, helping Aquidneck Island to expand clean energy – while kicking off a terrific series of public conversations among Island communities.”

The Aquidneck Island Energy Forum, hosted in partnership with Acadia Center and Emerald Cities Rhode Island, will take place from 6:00-8:00pm on Thursday, September 22nd at the Salve Regina’s Pell Center, 518 Bellevue. Admission is free and open to the public but space is limited. Register online here. 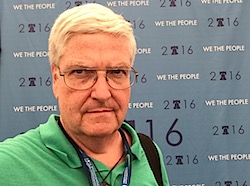 Last week, I had the opportunity to cover the Democratic National Convention in Philadelphia for RI Future. You can read all the stories I filed on their web site.

Disclaimer: I am currently a Democratic candidate for Portsmouth Town Council, so anything I write here should be read with that in mind. My campaign web site is over at johnmcdaid.com. 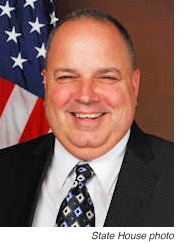 Rep. Dennis Canario’s (D-71) legislation (H 7793) that authorizes the Town of Portsmouth to issue $10,000,000 of general obligation bonds and/or notes in order to design, construct, equip and furnish a new police station passed the House of Representatives last night, according to a state house news release. The bill now heads to the Senate for consideration.

“The current police station was built in the 1970’s and it was built for the 70’s. So there was no female officer locker room, crucial technology systems are housed in inadequate non-cooled rooms, officers must store their gear in boiler rooms, there is no public space for events such as the citizens’ police academy, and in today’s climate, and the layout of station is below standards for the public and the officers. These are among the many reasons a new station is needed,” said Representative Canario. “If approved by the voters, these bonds will allow the town to build a police station that everyone can be proud of and one that would be able to serve the citizens in the most effective and state-of-the-art way possible.”

The act would take effect upon approval by the voters of Portsmouth. 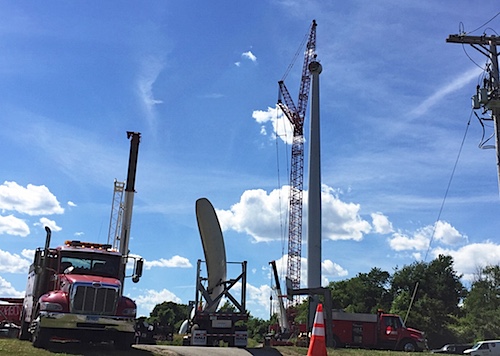 Workers lift the generator unit atop the new wind turbine as one of the massive blades is trucked into the work site. Click to enlarge. 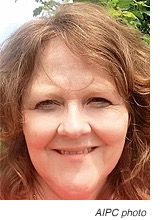 The Aquidneck Island Planning Commission (AIPC) announced in a release today that Mary Alexandre has joined its staff as Development & Communications Manager. In this new position, Ms. Alexandre will create and implement fundraising and communications strategies to fund AIPC's current growth and to position the organization for expansion in the near future.

Ms. Alexandre brings a rich knowledge of the East Bay and Aquidneck Island area to AIPC. She was a journalist with East Bay Newspapers for ten years and a freelance writer and editor for several local Patch.com sites and other publications. She has served in fund development leadership roles at Boys Town New England England and St. Philomena School, both in Portsmouth; and most recently, The College Crusade of Rhode Island in Providence.

"I am so excited to be 'back home' again in the East Bay area," she said. "I look forward to bringing together my backgrounds in journalism, communications, and development to help AIPC expand its important role as an advocate for Aquidneck Island. We have to keep this very special island the jewel that it is, now and in the future."

Ms. Alexandre, a graduate of Framingham State College with a degree in media communications and writing, is a longtime resident of Bristol, along with her husband and four daughters.

The Aquidneck Island Planning Commission (AIPC) is a non-profit organization working to preserve and improve the environment and quality of life on Aquidneck Island, in partnership with the communities of Middletown, Newport and Portsmouth. AIPC leads and supports planning and action to ensure that Aquidneck Island remains dynamic, sustainable and connected, for the benefit of residents, businesses, and visitors.

Today is Election Day for the Portsmouth Water and Fire District with two (uncontested) positions on the ballot. You can vote at the District's main office at 1944 East Main Road and polls will open at 7am to 8pm.

Please take a few minutes to vote today — even though this seems like a no-brainer (especially since both incumbents have, according to sources, been doing a good job). With a low-turnout election like this, it's always possible for write-in candidates to slip in, and remember that the Water District is a quasi-municipal agency with taxing authority.

The Portsmouth Water and Fire District will hold its annual election of officers on Wednesday, June 08, 2016 at the District's main office at 1944 East Main Road. The polls will open at 7:00 AM and close at 8:00 PM.

“There is nothing more important to Rhode Island’s parents than the safety of their children on our state’s school buses. This legislation ensures that our bus drivers are trained with the most up to date safety procedures and protocols that are available,” said Representative Canario (D-71). “The passage of this bill keeps our kids safer, it keeps our roads safer, and it makes sure that our state’s school bus drivers will always have the most current national safety training and do their jobs in the safest manner possible.”