OpEd: The Last Mile: Getting Fiber Broadband to Your Home or Business 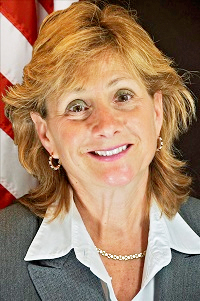 As the pandemic continues, it’s been an eye-opener on how important access to high-speed fiber optic is in our modern life. Decades ago, our nation created infrastructure programs for electricity, telephone and highways. Today, it’s fiber broadband — fast, cheap and the future. Rhode Island’s coaxial, copper cable system is old-school.

Rhode Island will receive over $150 million in federal funding for broadband through the Infrastructure Investment and Jobs Act that has passed the U.S Senate and is now in the U.S. House.  The bill includes 5% of federal dollars to be used for planning, GIS mapping, and strategy implementation to set up a state broadband office. Currently, Rhode Island is one of only two states without any state agency working on fiber broadband.

This is a once-in-a-generation opportunity to develop a broadband strategic plan, create GIS (geographic information systems) mapping that shows which areas of the state are unserved and underserved, and deploy fiber to homes and businesses instead of the coaxial, copper cable we’ve been using for decades.

Rhode Island has a lot of fiber between R.I. Department of Transportation fiber and OSHEAN’s 48 strands. However, there are no on/off ramps to connect municipalities, residents or businesses to this fiber highway. Broadband is as important in the 21st century as electricity was in the 20th century.

In order to access the federal funding, Rhode Island will need to develop a plan for fiber broadband deployment to homes and businesses and a plan to fix digital inequities in underserved and unserved neighborhoods.

The new RI Broadband office, with 2 or 3 dedicated employees should begin by setting up municipal broadband and funding opportunities.

Since this is federal funding, the state will be required to use a competitive bidding process for connecting homes and businesses to broadband. Many states and municipalities already have “open access” fiber networks where several internet service providers compete to provide service, which means you have a choice. When did competition become a bad thing in Rhode Island?

COVID has taught us how important high-speed internet access is. Incumbent cable providers sell download speeds of 175 or 200 Mbps. That’s fine if you’re only downloading a movie, but it’s upload speeds that matter. The internet is now interactive. Upload speeds of 10 or 20 Mbps are insufficient. Coaxial cable cannot provide affordable, symmetrical speeds and that’s why fiber broadband is the future, now.

Think about your own internet usage in your home — Zoom meetings, telehealth, uploading homework or the Peloton bike; that’s a lot of bandwidth. You can’t run a home on 125/10, so how do you run a business? For many people, their small business is in the home.

Block Island is building the first municipal fiber network in our state. Last summer, voters overwhelmingly approved an $8 million 20-year bond for broadband so island residents and businesses will have fast, reliable, affordable broadband. A 100/100 Mbps fiber broadband package there is expected to cost $72 a month. It’s far better than coaxial cable, which is twice the cost and is 150/20 Mbps.

Go to www.speedtest.net and see your download and upload speeds and then check your cable bill to see what you’re actually paying for.