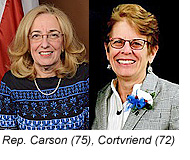 You may have heard about the Charlestown man who is suing the town of South Kingstown and one of its police officers over his arrest in June on a trespassing charge while he was collecting seaweed along a beach.

The charge was dismissed, but the act itself was, in part, intended to call attention to unresolved questions about shoreline access here in Rhode Island, a right enshrined in our state constitution. A 1982 Supreme Court ruling attempted to clarify the issue by saying the public’s right ends at the mean high-tide line, but since that line is a calculation of averages over an 18.6 year cycle, there’s no way for a beachgoer to identify it.

Further complicating matters is that the line will continually move inland as sea level rises, most of the time gradually, but at times heaving large chunks off dunes and other coastal features. With sea rise, property owners and members of the public whose shoreline access is constitutionally guaranteed will continue losing ground.

After Hurricane Sandy destroyed properties along the coasts of New York and New Jersey, there was an uptick in discussion about whether some particularly at-risk coastal properties should even be rebuilt. Many were, in fact, abandoned there, because increasingly violent weather events and rising seas have rendered them too much of a risk for repeated loss.

As much as we value the right of landowners, there may well be properties in our state, too, that are similarly unjustifiable risks for flooding, destruction and even loss of life.

As the Ocean State, we should be much more proactive when it comes to resiliency along our shores. We should be exploring the actual risk to each coastal community and each property using up-to-date technology that models expected risks. We must continue to train our municipal planning and zoning boards on the risks of sea rise so they have the tools they need to make sound decisions that do not jeopardize property investments and keep the shoreline open to the pubic under their constitutional rights.

There’s little doubt that in general, homeowners are less than ideally prepared for flood risks, particularly the increasing risks associated with rising seas in the coming decades. Only about 15,000 Rhode Island properties in the flood zones carry flood insurance, and only those with mortgages are actually required to have it. Those with enough cash to purchase a beach home without a mortgage aren’t. While they may have the means to risk property destruction in the event of a major disaster, are they putting public assets and people’s lives at risk?

The risk isn’t limited to private property. Doubtlessly, many state and municipal assets are also located in areas that are already prone to flooding, or whose risk is increasing. Stewards of public resources have a responsibility to understand and defend those assets from potential damage, and must face the reality that the most prudent step might be to move them elsewhere.

Our state needs a more robust action plan for protecting public and private properties from the ever-increasing risk of coastal flooding, and that plan must include an accounting of where the high-tide line is, and how it is projected to move.

The creation of this plan should include an audit of properties to determine what the real risks are, and it should also bring in real estate professionals, insurers and lenders, because they help determine the price of ownership of such properties, and should be sure that those prices accurately reflect the real cost of ownership, including potential destruction.

The Ocean State must face the fact that the more of our state is, indeed, becoming part of the ocean with each passing year. Leaders and property owners must take much more concrete steps to predict the encroachment and protect our assets from it.