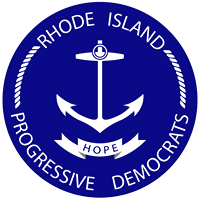 The Rhode Island Progressive Democrats of America announced their opposition to the potential water sale from Woonsocket to Invenergy, a Chicago based company proposing to build a fracked gas power plant known as the Clear River Energy Center. In a statement released late Wednesday, RIPDA also called for all RI Progressive Democrats to oppose the sale of water to Invenergy and to ask the Woonsocket City Council to oppose the pending sale as well.

The RIPDA Executive Board unanimously approved the opposition stating that the project is “not in the best interest of Woonsocket, northern Rhode Island, the state or the region. The potential sale of water to Invenergy will provide little to no benefit to the state or the region and may exacerbate existing drought conditions, produce higher potable water treatment costs, as well as increase health issues for those residents in the all along the Blackstone River watershed. Environmental injustice burdens small towns that don’t have the financial means to fight against well financed companies like Invenergy.” RIPDA also believes that the potential sale of water would reduce water flow and harm the existing and growing interest in the development of hydro systems which depend on a steady flow of water.

“In a time where alternative energy production sources are flourishing, to add a fracked gas power plant, destroy over 200 acres of second growth forest in an area hailed by environmentalists from all over New England is unconscionable. There is no substitute for clean drinking water or environmental diversity. This one power plant, according to Invenergy’s application submitted to the RI Energy Facility Siting Board on October 29, 2015, will use up to “one-million gallons of water” every day for the forty year life span of the power plant. Recent claims by Invenergy reduce the water consumption to as little as twenty-five thousand gallons per day. So we really don’t know how much water will be used by the power plant,” said Lauren Niedel, Deputy State Coordinator for RIPDA.

It is estimated that nearly 2 tanker trucks would cross the 17 miles every 6 minutes during a 12 hour time period, creating extra fiscal and environmental burdens on the region, a degradation of Woonsocket’s and North Smithfield’s roads, an increase of air and noise pollution and traffic congestion. The increase in particulate matter from both the fossil fuel power plant and the diesel fuel tanker trucks would worsen existing high asthma and other respiratory illnesses in the region. Woonsocket is one of  four “core cities” defined by the Rhode Island Department of Health where hospitalizations for asthma occur higher than state averages.

In addition RIPDA is in full support of the resolution by the  Burrillville Town Council opposing the siting of the power plant. The town already is home to a fossil fuel burning power plant - Ocean State Power - a gas compressor station owned by Enbridge Energy formally Spectra Energy and additional fossil fuel infrastructure. “This is a regional issue spilling over into Thompson, CT, Uxbridge, MA and elsewhere in those two states,” says Niedel.

RIPDA points to the Resilient Rhode Island Act and views the proposed fracked gas power plant as a direct contradiction to this 2014 Rhode Island law.