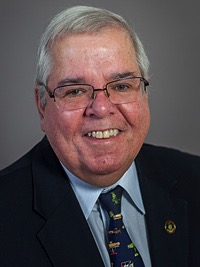 Sen. James A. Seveney (D-11) has introduced legislation that would ban ‘bump stocks’ on semi-automatic firearms.

A bump stock is an attachment that allows the shooter to fire a semi-automatic weapon with great rapidity. It replaces a rifle’s standard stock, freeing the weapon to slide back and forth rapidly, harnessing the energy from the kickback shooters feel when the weapon fires.

“While federal law bans fully automatic weapons manufactured after May 19, 1986,” said Seveney, “The bump stock does not technically make the weapon a fully automatic firearm, even though it allows a weapon to fire at nearly the rate of a machine gun. This law would effectively ban these horrific devices in Rhode Island.”

In last year’s mass shooting in Las Vegas, 12 of the rifles in the gunman’s possession were modified with a bump stock, allowing the weapon to fire about 90 shots in 10 seconds — a much faster rate than the AR-15 style assault rifle used by the Orlando Nightclub shooter, which fired about 24 shots in nine seconds.

The legislation would make it unlawful to possess, transport, manufacture, ship or sell a bump stock, regardless of whether the person is in possession of a firearm. Those violating the provisions, would face imprisonment for up to five years, or a fine up to $15,000, or both.